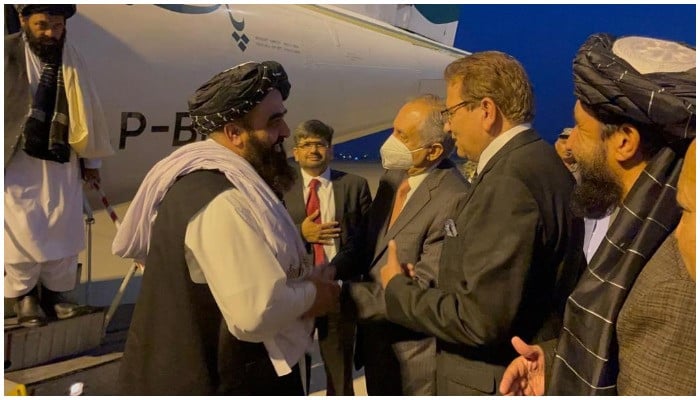 Per the report, a high-level ministerial delegation of the Taliban-led Afghan government also accompanied Muttaqi.

During his visit, the acting foreign minister will hold meeting with Prime Minister Imran Khan, his Pakistani counterpart, Shah Mahmood Qureshi, and other officials of the Pakistani government, the Ministry of Foreign Affairs said.

The Afghan delegation will also take part in the Troika Plus meet on Afghanistan — which is set to start on Thursday, November 11 — in which special representatives from China, the Russian Federation, the United States and Pakistan will also participate to discuss the situation in Afghanistan.

It should be noted that it is Muttaqi’s maiden visit to Pakistan after assuming the office. Pakistan has still not recognised the caretaker setup in Afghanistan. However, FM Qureshi, after his visit to Kabul, had told the media that he had invited Mutaqqi to attend the Troika Plus meet.

What is Troika Plus?

China, Russia, Pakistan and the US have major stakes in bringing peace to Afghanistan. These countries have long been active participants in the Afghan peace talks. The four key players had established the forum named Troika Plus to restore peace in Afghanistan, develop regional consensus on the Afghan issue and help the war-torn country in addressing the problems.