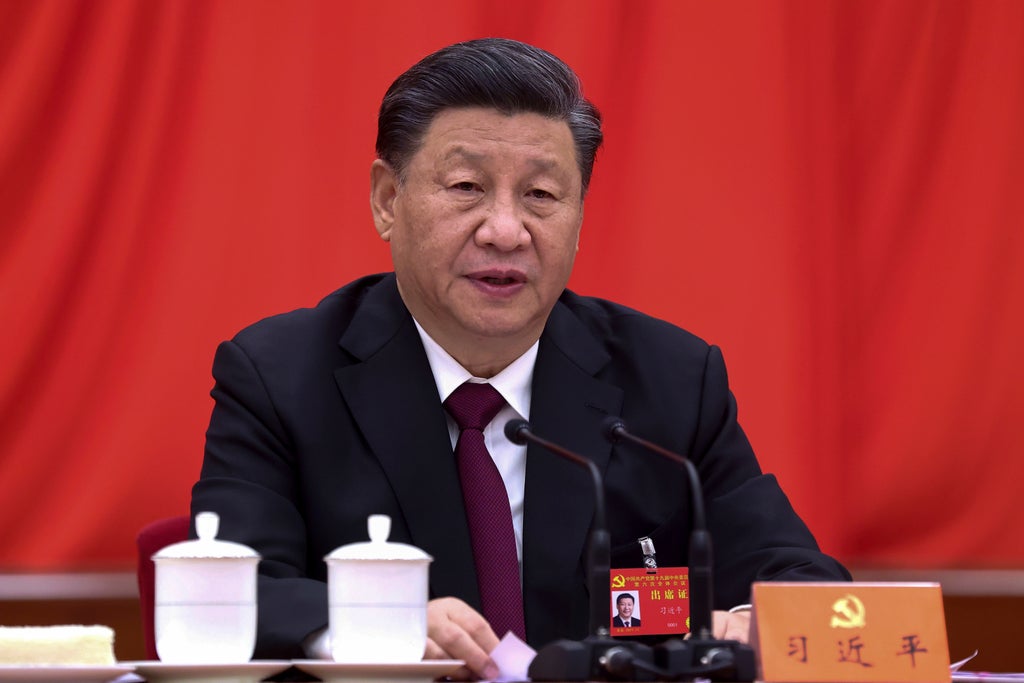 China’s ruling Communist Party approved a rare resolution on Thursday elevating President Xi Jinping’s status in its history, in a move seen as consolidating his authority and likelihood of securing an unprecedented third leadership term next year.

The resolution on the party’s “achievements and historical experiences” since its founding 100 years ago was passed at the end of a four-day, closed-door meeting of more than 300 top leaders on its Central Committee, state media reported.

It puts Xi on the same pedestal as Mao Zedong and Deng Xiaoping, two previous leaders who cemented their position as pre-eminent leader with the only other two such resolutions passed, in 1945 and 1981 respectively.

At this week’s meeting, known as the Sixth Plenum, the party elevated the role of Xi in one of its ideologies by crediting him for the first time in an official document as “the main innovator” behind “Xi Jinping Thought on Socialism with Chinese Characteristics for a New Era”.

The party had previously defined this ideology as the product of “the experiences and collective wisdom of the party and the people”.

Experts say “Xi Jinping Thought on Socialism with Chinese Characteristics for a New Era” might be shortened to simply “Xi Jinping Thought” by the Party Congress in the latter half of next year, when Xi is almost certain to secure a precedent-breaking third term as party leader.

According to the end-of-meeting communique reported by state media, the party decided that a conclusion to draw from its century of his was that it must “resolutely uphold Comrade Xi Jinping’s core position” in the party.

Commenting on the move Jude Blanchette, an expert on Chinese politics at Washington-based think tank Center for Strategic and International Studies, said the messaging around Xi from the party was assuming “cult-like features”.

Party delegates, seated in rows facing Xi, voted the resolution by a show of hand, news footage of the meeting on state television CCTV showed.

“Given the party’s emphasis on discipline and loyalty, the consequences of not supporting the resolution for any party member would be disastrous,” Yang Chaohui, a lecturer of political science at Peking University, told Reuters.

Xi is widely seen as China’s most powerful leader since Mao.