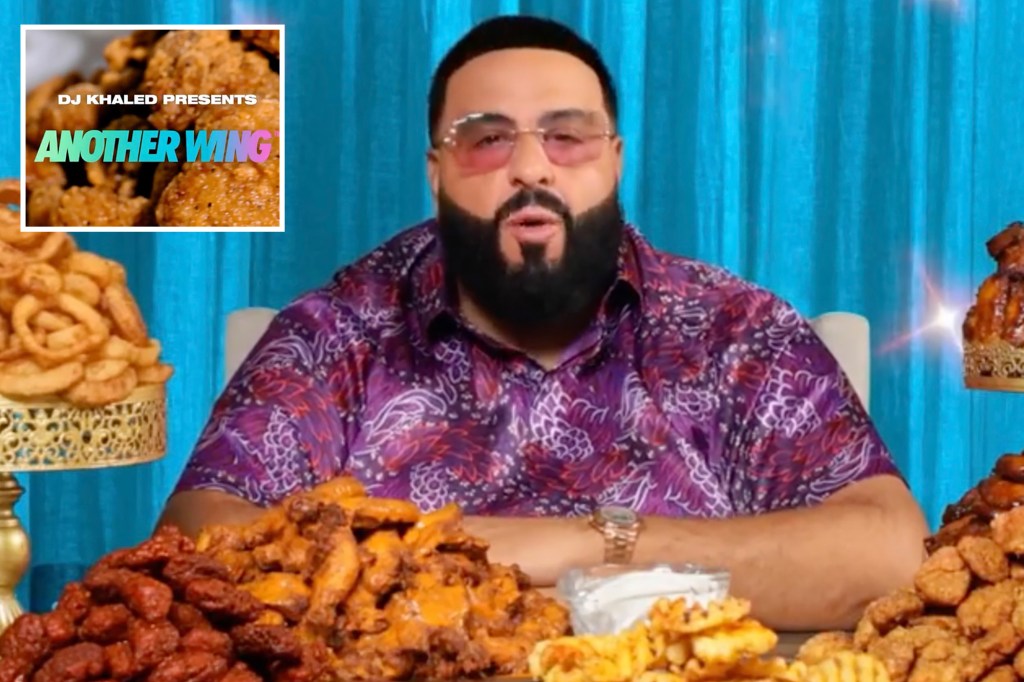 DJ Khaled on Thursday launched his latest business venture, a sprawling chicken wing delivery startup with more than 150 kitchens in five countries on three continents — and it plans to offer boatside jet ski delivery as it ramps up.

Ghost kitchens are a kind of delivery-only restaurant that exploded in popularity during the pandemic as government-restrictions closed indoor dining options in cities around the world and restaurants turned to delivery as a lifeline.

In an interview with Hypebeast, Khaled called it “the first restaurant concept to ever launch on three continents at the same time.”

The company’s first 150-plus kitchens will service the US, the UK, Canada, France and the United Arab Emirates, Bloomberg reported. In North America, it will operate in New York, Atlanta, Houston, Miami, Los Angeles, Toronto and Vancouver and elsewhere.

“Reef approached me with the idea of making history,” Khaled told Hypebeast.

“Sharing something I love, like delicious food with my fans all over the world, how could I say no? It’s all about spreading love and showing people what is possible when you dream,” he said, adding that “we goin’ global.”

“The concept is global. Three continents and 150 locations is just the beginning. But we’re going to do it different – not only do we deliver by land, but we will be delivering by sea – with jet ski’s offering boatside delivery. We’re doing everything new.”

The menu features bone-in and boneless chicken wings, starting at $6.95 for a six-piece order. There will be eight flavor options to start, including “Un Un Un Believable Buffalo,” “Don’t Quit Nashville Hot,” “You Loyal! Lemon Pepper,” “Honey! Honey! Hot Honey Sriracha,” and “They Don’t Want You To Win TRUFFALO.”

Another Wing will also sell jalapeño cheese fries and onion rings as sides as well as chocolate chip cookies for dessert.

Khaled is just the latest of many restauranteurs who have sought to tap into the explosion of popularity in delivery chicken wings during the pandemic.

Trade groups have previously attributed the spike in demand at least partially to the fact that chicken wings travel much better than many other foods, making them ideal for the at-home setting forced on many by the pandemic.

“Wings stood out as something that’s universally loved and can be brought to many areas,” Alan Philips, Reef’s chief creative officer, told Bloomberg of thinking of the business idea with Khaled.

However, the spike in demand for chicken as well as supply issues like slowdowns at factories due to COVID-19 and even underperforming roosters have led to a nationwide poultry shortage and higher prices that are squeezing profit margins.