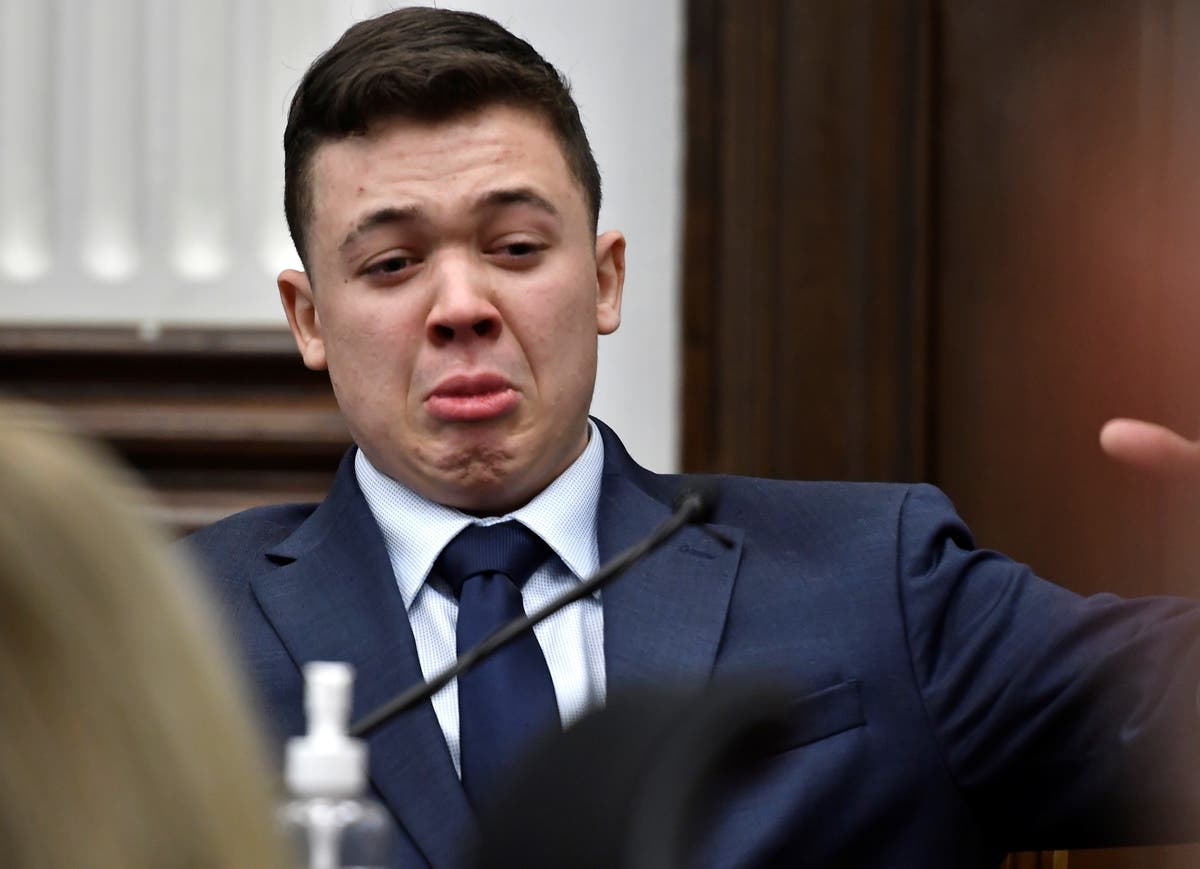 The judge presiding over Kyle Rittenhouse’s homicide trial said he will consider a defence motion for a mistrial after the defendant took the stand on Wednesday.

Mr Rittenhouse’s attorneys are seeking a mistrial with prejudice due to what they called “prosecutorial misconduct”. The defence accused prosecutors of violating Mr Rittenhouse’s rights by mentioning his silence in the wake of the 25 August 2020 shootings and by referencing a video that was previously deemed inadmissible.

If the motion is granted, Mr Rittenhouse cannot be tried again for the same crimes.

The 18-year-old is facing five charges including homicide and minor in possession of a weapon for shooting dead Joseph Rosenbaum and Anthony Huber and injuring Gauge Grosskreutz during protests in Kenosha, Wisconsin. He could be sentenced to a maximum of life in prison if convicted.

Earlier in Wednesday’s hearing, Mr Rittenhouse walked through the night of the shootings and broke down in tears as he described fearing for his life when confronted by protesters. “I didn’t do anything wrong. I defended myself,” he said.

Under cross-examination, Mr Rittenhouse acknowledged that it was illegal for him to carry AR-15 rifle he used in the shootings and said he had a friend purchase it for him because: “I thought it looked cool.”

Prosecutor Thomas Binger sought to highlight Mr Rittenhouse’s lack of experience with AR-15s but questioning what he knows about the “full metal jacket” rounds used in the shooting.

Tensions boiled over just before lunch when Judge Bruce Schroeder admonished the prosecution for referencing a video that had been excluded from evidence at a pretrial hearing.

Later in the day, the prosecution took another hit when the defence sought to exclude another video on the grounds that it was filmed on an iPad with the “pinch to zoom” feature. Judge Schroeder sided with the defence and said the prosecution should bring in an expert to prove that the footage is reliable.