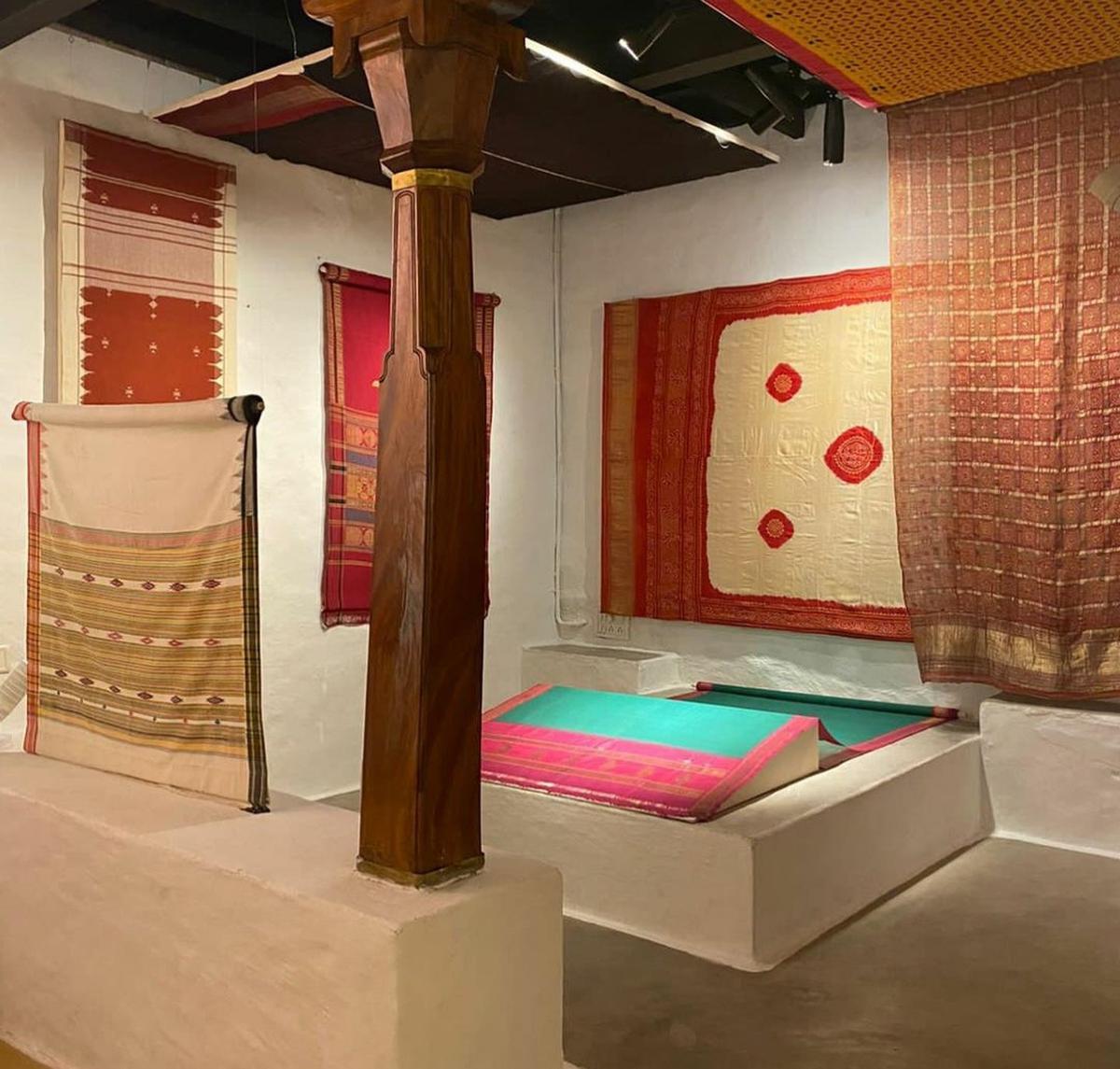 Crimson Lilies, Water Birds: The Saree — In 9 Tales has been put collectively by The Registry of Sarees (TRS), a Bengaluru-based analysis and examine centre that permits design, curatorial and publishing tasks within the space of handspun and handwoven textiles. “It’s a narrative that’s 150 years previous. And Crimson Lilies, Water Birds feeds the curatorial path TRS has embarked upon,” stated Ahalya Mathan, founding father of TRS.

The 9 tales discuss with the broadly categorised textiles on show — kora or unbleached supplies of their undyed type, the color purple, the ikat weave, stripes and checks, metallic brocades of Deccan and South India, metallic brocades of Deccan and Gujarat, traditions of Varanasi handlooms (in two elements), and world influences. “It took Ally [Ahalya] and me three years of journey throughout the nation to accumulate over 500 saris. We’ve got introduced 108 of these to Anegundi,” says Mayank Mansingh Kaul, the curator.

It was a deliberate determination to take the handloom narrative out of museums into extra interactive areas. The saris are displayed in 4 heritage properties with lime-plastered partitions which have been transformed into galleries, and as we go to each, the tales concerning the draped clothes from the late 19th to the early 20th century unfold.